The October 2010 Daring Bakers challenge was hosted by Lori of Butter Me Up. Lori chose to challenge DBers to make doughnuts. She used several sources for her recipes including Alton Brown, Nancy Silverton, Kate Neumann and Epicurious.

Given how much I LOVE Alton Brown, I made his yeast donut recipe. I woulda made more, but 1) that's a LOT of donuts for 1 person and 2) I actually had a donut baking night with Jenn The Cookin Cutie where she made the pumpkin kind, so I got to try different type. We cut and fried away, dipped and decorated. The yeast donuts were light and fluffy with a greaet crust. They're best fresh, but I froze a bunch the same day I made themand have been defrosting as I want them. Still pretty good, though a bit more chewy. Again, just make sure to eat them the same day. It was a great challenge this month!

I guess I used a small cutter because mine made over 4 dozen donuts: 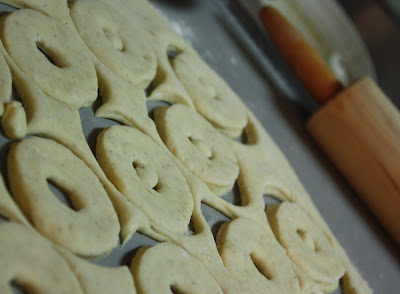 The first set I made had a maple glaze, which was essentially powdered sugar, a bit of vanilla, and pure maple syrup. Look how cute the sprinkles are: 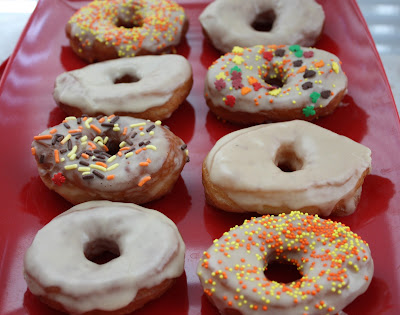 Here are a few I defrosted a few days later. I coated one in cinnamon sugar, and the rest have a plain vanilla icing, which is powdered sugar, vanilla, and a bit of milk. After the donuts defrost and the icing sets, zap them in the microwave for 5 seconds. They taste like new (minus the crisp crust, lol)! 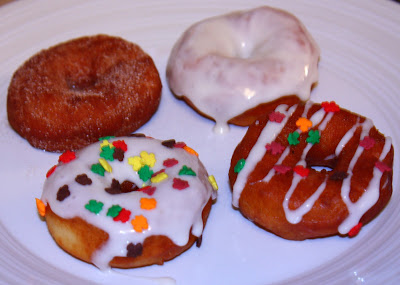